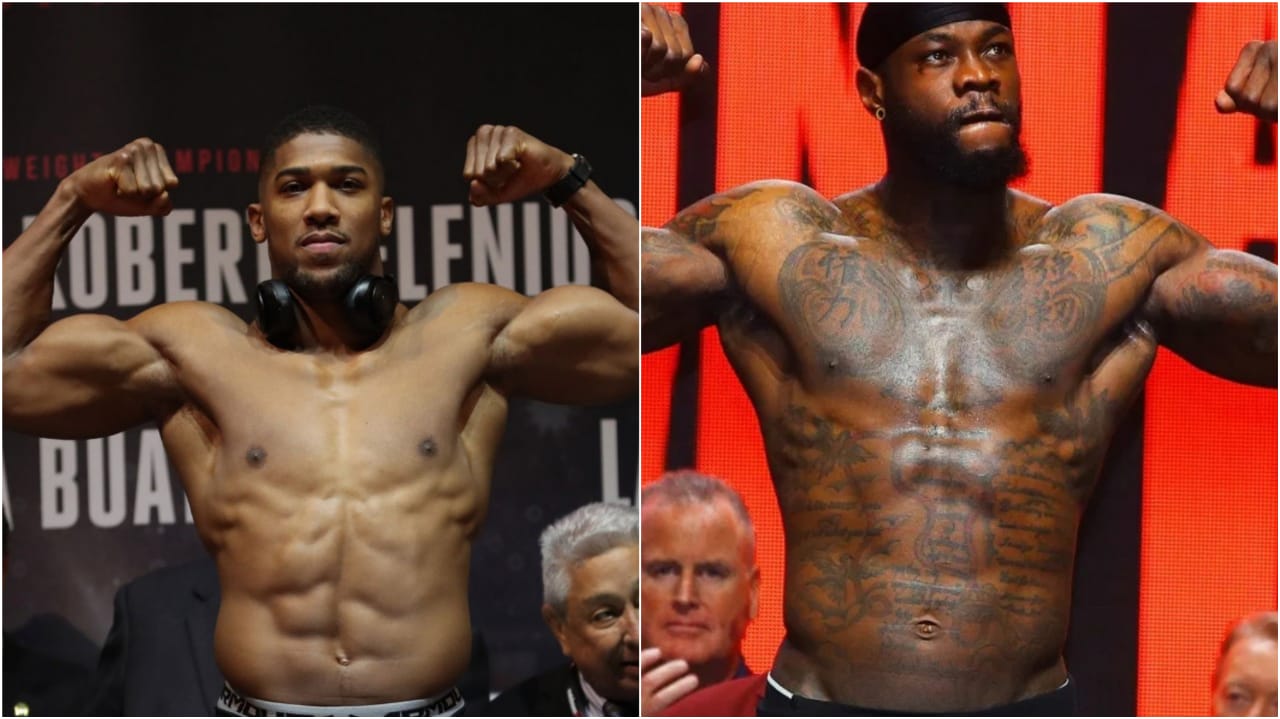 Anthony Joshua and Deontay Wilder came close to fighting once, but Wilder turned down ‘the deal of a lifetime’.

With the ‘Anthony Joshua vs. Tyson Fury fight’ talks in advanced stage, one can be quite sure to see the fight happening somewhere around mid-2020. The fight will be a title unification bout for the undisputed heavyweight champion of the world, with Anthony Joshua currently holding 4 titles, viz. WBA (Super), IBF, WBO, and IBO heavyweight titles. Fury, on the other hand holds two – WBC and The Ring heavyweight titles.

Speaking in an interview with SkySports, Matchroom Boxing CEO and Anthony Joshua’s promoter Eddie Hearn, revealed that his main focus, as of now ‘is on the AJ-Fury fight’. But he also spoke off a possible bout between Anthony Joshua and the ‘currently out-of-sorts’ Deontay Wilder, happening in the future.

‘All we’re focusing on is the Tyson Fury fight‘

Eddie Hearn was quoted as saying, “If it’s the right fight for AJ, not stylistically, but if it’s the right commercial fight. Listen, Deontay Wilder knows he turned down the deal of a lifetime to fight Anthony Joshua, but he made his bed and respect to him. I want to see him back in the ring. All we’re focusing on is the Tyson Fury fight, and anything else happens in 2022, because those two fights will be our plan for 2021.” [via SkySports]

He further added, “Focus on the now, focus on the reality, and Deontay Wilder, I’m sure he’ll be in big fights but for us, we know our plans for 2021.”

Well, just like Anthony Joshua and Deontay Wilder came very close to agreeing for a fight – the same happened between Dillian Whyte and Wilder too. Now that Wilder has lost to Tyson Fury, he might have to beat the likes of boxers who are a step down to Tyson Fury viz. Dillian Whyte, Alexander Povetkin, Kubrat Pulev, to regain his ‘importance’. And, Wilder therefore is targeting Whyte.

As for Whyte, he has a rematch coming up against Alexander Povetkin, on the 6th of March, this year. Whyte lost the first match via knockout, in the fifth round. If Whyte, manages to beat Povetkin in the rematch, a fight with Wilder is very much on the cards. And, if Wilder manages to beat Whyte, fans can expect a mouth-watering clash between Anthony Joshua and Deontay Wilder.

‘If he doesn’t punch faster than Wilder, he’s not gonna f*cking touch this guy’ – Mike Tyson has his say on the upcoming Anthony Joshua vs Tyson Fury fight