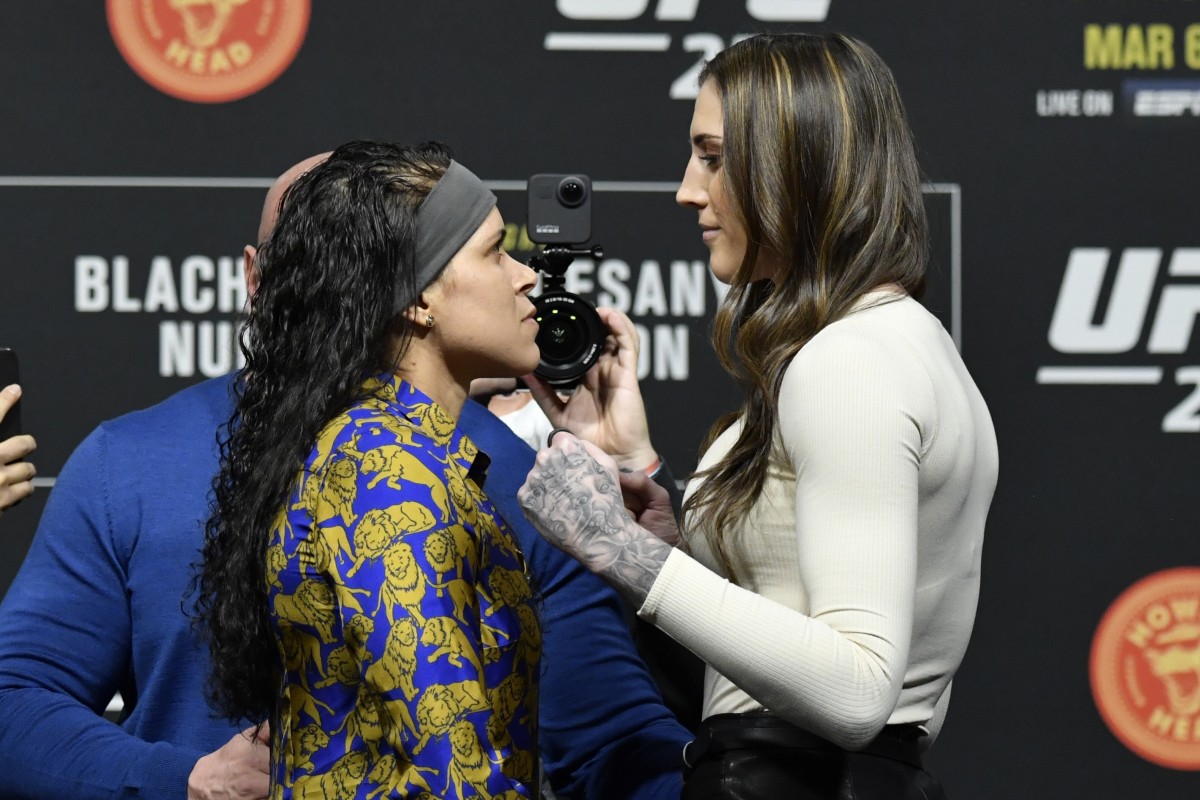 Amanda Nunes will be defending her featherweight title against Megan Anderson in the co-main event of UFC 259.

Amanda Nunes and Megan Anderson go head-to-head in the co-main event of UFC 259. ‘The Lioness’ will be defending her featherweight title against the towering Australian who comes in to the fight as an overwhelming underdog. The two were initially supposed to fight in December 2020 at UFC 256, but the fight was postponed since Amanda pulled out due to injury.

Speaking at the UFC 259 pre-fight conference, both the women seemed confident in their own ways. While Megan Anderson revealed that she had some gameplan to counter the Brazilian and produce an upset, Nunes claimed that Megan Anderson would have never faced an opponent as powerful as her before.

Anderson was quoted as saying, “I think everyone has holes in their game. I think you just have to find them. We’ve looked at the tape, and we’ve got a gameplan, so we’re ready to capitalize on those moments when we see them.” [via MMA Junkie]

She continued, “It’s been a long road to get here, but I’m glad that I finally got here. I grew a lot as a person, as a martial artist getting to this point. I’m just ready to put on a show. Everyone’s invincible until they’re not.” [via MMA Junkie]

On the other hand, Amanda Nunes said, “I feel like I’m the first true featherweight that she’s fought that brings a lot of power. I know Felicia (Spencer’s) a featherweight, but I think styles make fights. I think I have a lot of power that I bring to the table, and I don’t think she’s seen that in a very long time.” [via MMA Junkie]

Amanda Nunes is on a hot win streak of 11 wins. A tally which equals Megan Anderson’s total career wins. Her last loss was against Cat Zingano, way back in 2014 at UFC 178. Since then, she has absolutely run over her opponents, with Valentina Shevchenko being an exception.

Megan Anderson, meanwhile is coming off a victory against Norma Dumont Viana at UFC Fight Night in February 2020. She is on a 2 match win streak.

Will it be a walk-in-the-park for Amanda Nunes? Or can Megan Anderson be the lioness-tamer on the mega-night?

Megan Anderson is no longer a part of the UFC!