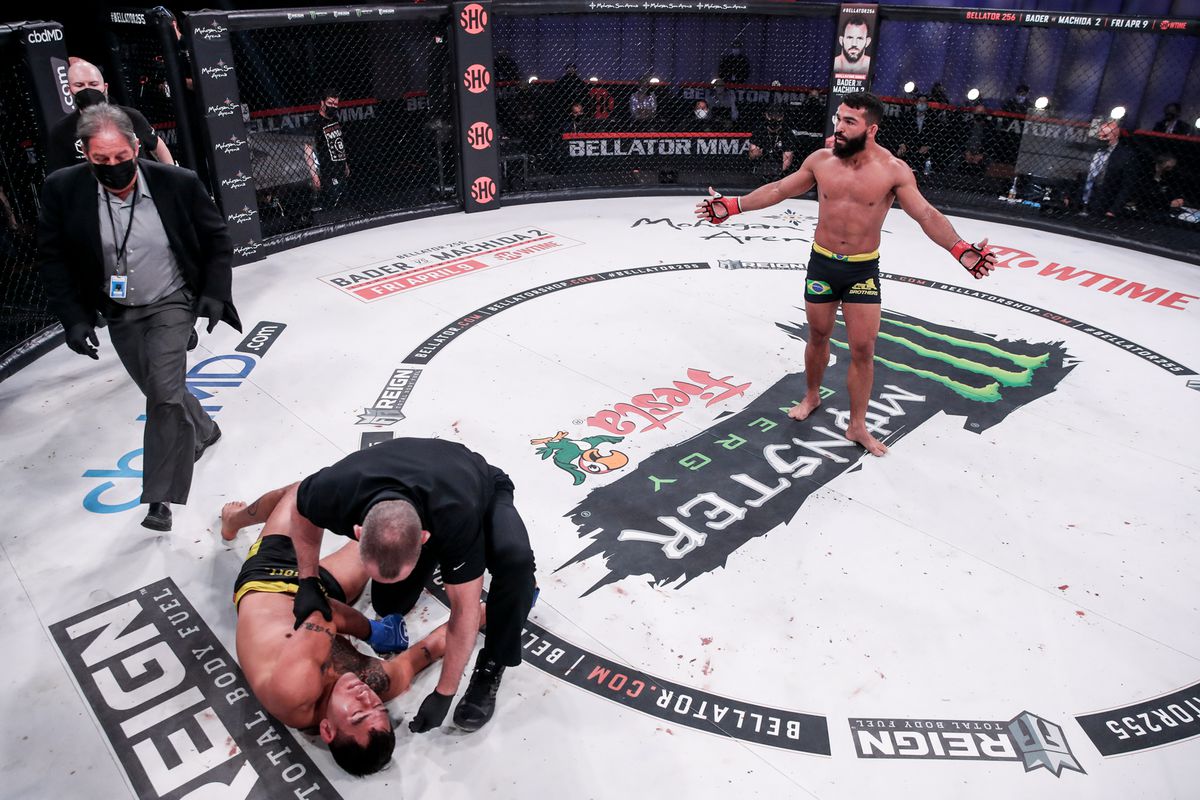 There was no stopping the Bellator Featherweight champion at Bellator 255.

There was no stopping the Bellator GOAT, right from the word go, as a huge left hand knocked down Emmanuel Sanchez early into round 1. Patricio was quick to pounce on Sanchez, going for a guillotine and thereby earning a first-round submission victory.

With that win, just one man stands between him and the 1 million USD cash prize and a successful title defense – AJ McKee. McKee is still undefeated in his professional MMA career. He has a record of 17 wins and 0 losses, with all his wins coming in Bellator.

Things got heated after Pitbull’s victory as there was an intense stare down between Patricio and McKee, with heated words exchanged. Can Pitbull stop the high-riding AJ McKee?

Here are the other results from Bellator 255:

Tyrell Fortune def. Jack May via TKO – Round 1

‘When I feel like the price is right, Triple C will be back’ – Henry Cejudo teases comeback

Daniel Cormier feels there is no need for Jon Jones vs Israel Adesanya to happen!