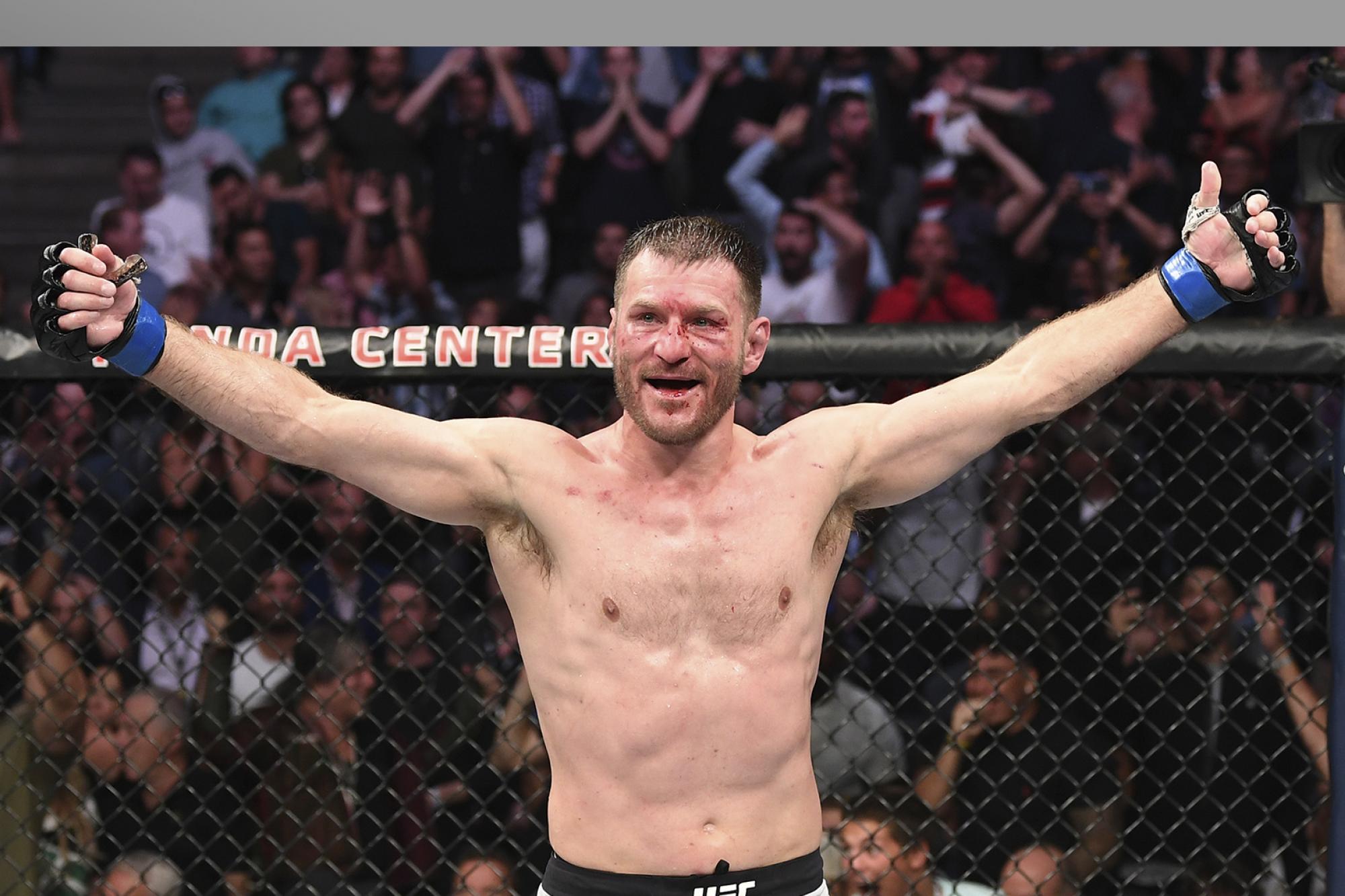 We are just a few days away from the most anticipated heavyweight bout of the year. The baddest man on the planet, Stipe Miocic will be looking forward to recreating a repeat of what he did (at UFC 220), when he takes on Francis Ngannou in a rematch. Stipe won the first bout via. unanimous decision as a gassed out, Francis Ngannou tried in vain to strike heavyweight gold.

“I’m more efficient”, Stipe said. “Just overall I mean. I learned more about my body. I’m stronger and lighter, but I’m stronger and faster. They say you can’t teach an old dog new tricks, but I feel like I’m getting better everyday…I’m the champion, I am not giving it up and he won’t be champ until I am done.” [H/T LowBro-Sports for the transcription]

Since his victory against Francis Ngannou, Stipe has just faced one opponent in Daniel Cormier. The pair fought once every year, setting up a very famous trilogy bout. Stipe lost the first bout, but came back strongly in the next two bouts, reclaiming his heavyweight title and then defending it successfully at UFC 252.

Ngannou, has improved in his own way as well. After suffering back to back defeats in 2018 (against Stipe and Derrick Lewis), he rose like a phoenix, beating his next 4 opponents via knockout in the very first round.

Miesha Tate is back; will take on Marion Reneau on the 17th of July