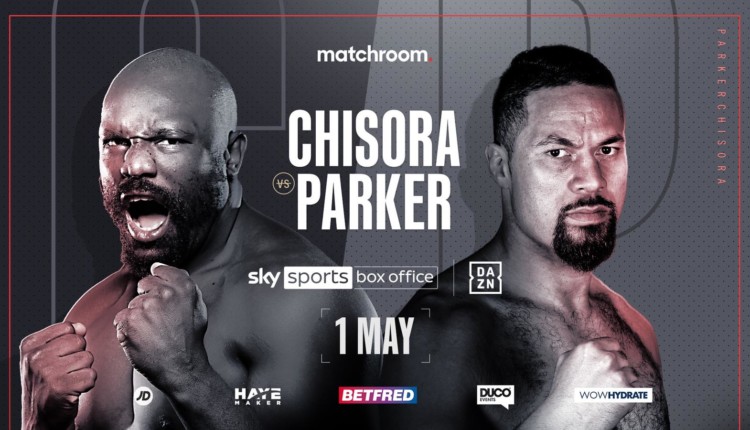 The fights will be live on Sky Sports Box Office on the 1st of May.

Matchroom Boxing CEO Eddie Hearn, speaking in an interview with SkySports, seemed really chuffed about two massive fights taking place on the same night. The matches will be live on SkySports Box Office.

‘Bit of bad blood there‘

A pleased Eddie Hearn was quoted as saying, “We’ve been working on a massive card, we’ve got one, May the 1st live on Sky Sports Box Office, Chisora vs Parker main event. Previously scheduled big heavyweight clash between the two. Bit of bad blood there, Parker coming off a good win against Fa [Junior Fa] , Chisora coming off his great effort against Oleksandr Usyk.” [H/T LowBro-Sports]

Joseph Parker boasts a record of 28-2. with two losses coming against British opponents (Dillian Whyte and Anthony Joshua). The Kiwi has never been finished in his career and will be a tough nut to crack for the ageing Chisora.

Chisora, on the other hand will be looking forward to putting behind his loss against the surging Oleksandr Usyk and getting back to winning ways.

‘When I touch him this time, his whole body is going to vibrate’ – Dillian Whyte sends out a stern warning to Alexander Povetkin ahead of rematch

‘Whoever wins will fight Jon Jones at heavyweight’ – Dana White confirms the winner of Stipe Miocic vs. Francis Ngannou will take on Jon Jones